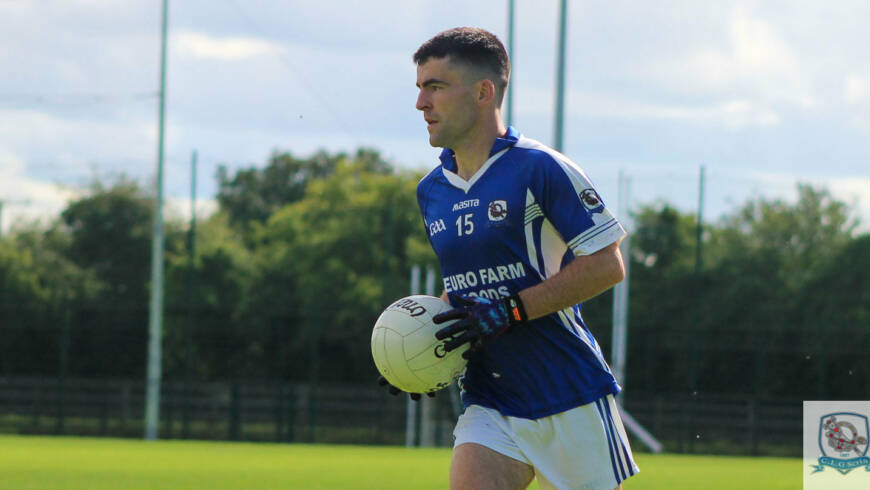 Rathkenny too strong for Skryne

Rathkenny’s second team proved to be too strong for Skrynes third team in this Premier Division 5 Competition played in wet and blustery conditions in Rathkenny.

It seems rather odd that Rathkenny are still in Division 5 having won it last year and were able to call on a number of their first team panel whereas Skryne were made up of just third team players.
Having said that Skryne gave as good as they got in a very competitive first half and actually led by six points half way through, courtesy of two well taken goals from John Morley and Mark Jordan. The first of the goals resulted in John finishing brilliantly after great work from Ronan McCabe and Aidan Gill in the lead up. The second one was fisted to the net by Mark after James Keane had soloed down the wing and crossed superbly from the left.

But then Rathkenny came more into the game and had two goals themselves – one good finish and one of the lucky variety.  Jason Fox, although the victim of some overly strong challenges, kept Skryne in touch with three lovely points. A very evenly contested first half ended level at the break on a scoreline of Rathkenny 2-5 Skryne 2-5.

The second half was a completely different affair with the red and black brigade overrunning the blues and outscoring them by 11 points to 3. Their third goal came from a simple mistake in the Skryne defence.

Although Rathkenny were a much stronger team and able to call on a full complement of substitutions, the final score flatters them a little as two of their goals could have been avoided which would have left the final score a better reflection on the overall game.

All 18 players who turned out for Skryne and their Manager Des Finnerty can be justly proud of their performances in this competition. Unfortunately 12 other players were unavailable for one reason or another making the managers job very difficult to say the least.

There is still one game left to be played against Nobber – no time or venue available yet.