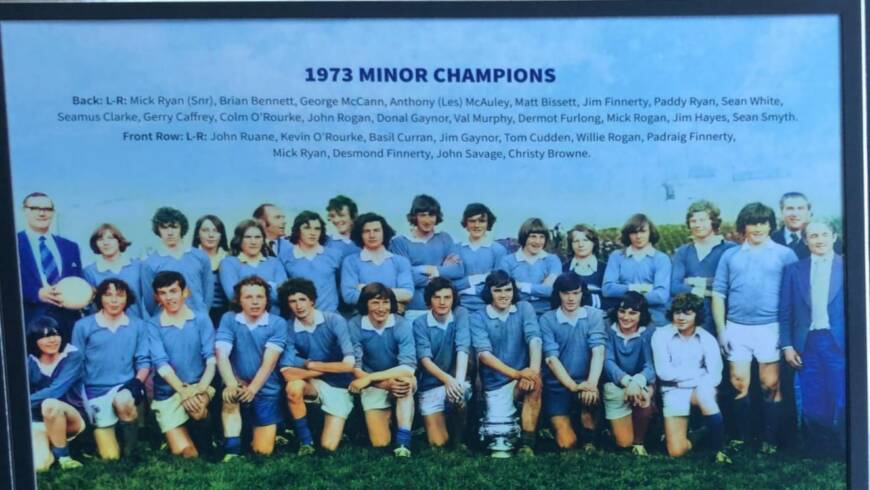 The Skryne minors propelled their supporters onto cloud nine at Páirc Tailteann when they made history by winning the Minor Football Championship for the first time. (Rathfeigh brought the first Minor title to the parish in 1936.) they gave a masterful display of intelligent high-powered football seldom seen at the venue to lower the colours of the Nobber-Syddan combination.

The tremendous power and football ability of the Skryne boys in the last quarter had to be seen to be believed. Five points behind and staring defeat in the face, the Blues staged a brilliant rally. Colm O’Rourke pulled the strings and notched 3-3 without a reply from a bewildered opposition. It was a glorious end to a fine match for the Skryne lads. It was the culmination of a great year for underage football in Skryne. No praise was too high for the ‘three wise men’, the uncanny mentors of both those teams, Messrs Mick Ryan, Jim Hayes and Jim Finnerty. Mr. Sean Smyth(Skryne), trainer of the teams, also deserved a special mention. With the majority of Sunday’s heroes eligible for minor football again the following year, the future for adult football in Skryne was assured. The starting fifteen included six of the successful u16 champions.

While it was primarily a superb team performance, there were a number of brilliant individual displays. At midfield, the captain Mickey Ryan played a leading role throughout, his grim determination, fetching, carrying and an ability to obtain vital scores the hallmark of a future star. His midfield partner, the tall, athletic, left-footer Colm O’Rourke, hit a personal tally of 2-3. His catching of the ball, distribution and confident shooting were a revelation. It must have been a record that the midfielders scored all but one point of Skryne’s total. At right half back, Paddy Ryan, one of the stars of the under-16 triumph, turned in another superb game. There were also sound displays from Sean Whyte, Willie Rogan, Jim Gaynor, Seamus Clarke, Mick Rogan and John Rogan. For Dee Rangers, Dudley Farrell had a fine game along with Shane McEntee and Gerry McEntee, Eamon Young and Hugh Carolan.

Dee Rangers held an interval lead of 0-4 to 0-2 after a very even first half. On the resumption, Rangers added a great point from Dudley Farrell and then broke through for the first goal of the game. This score gave them a lead of 1-5 to 0-3 and they looked to have had one hand on the cup.

Calling on tremendous reserves of spirit and fitness, the Tara lads started to cut back the lead. Colm O’Rourke began the comeback with a fine left-footed point. Two minutes later, the Tara boys were back in the hunt when Mick Ryan shot to the net after a Mick Rogan effort was blocked. Skryne drew level when Padraig Finnerty placed John Rogan for a point.

At this point, Colm O’Rourke hammered the final nails in Dee Rangers’ coffin with two brilliant goals and a point. The last goal was set up by Dessie Finnerty. After the match, Rev. S. Heaney, chairman of the Meath Minor Board, presented the Delany Cup to Mickey Ryan, captain of the Skryne team.

Match report from Skryne GFC’s history book ‘A History of the GAA In Skryne 1187-1979, The Blue Kings of Tara’ by David Carty. 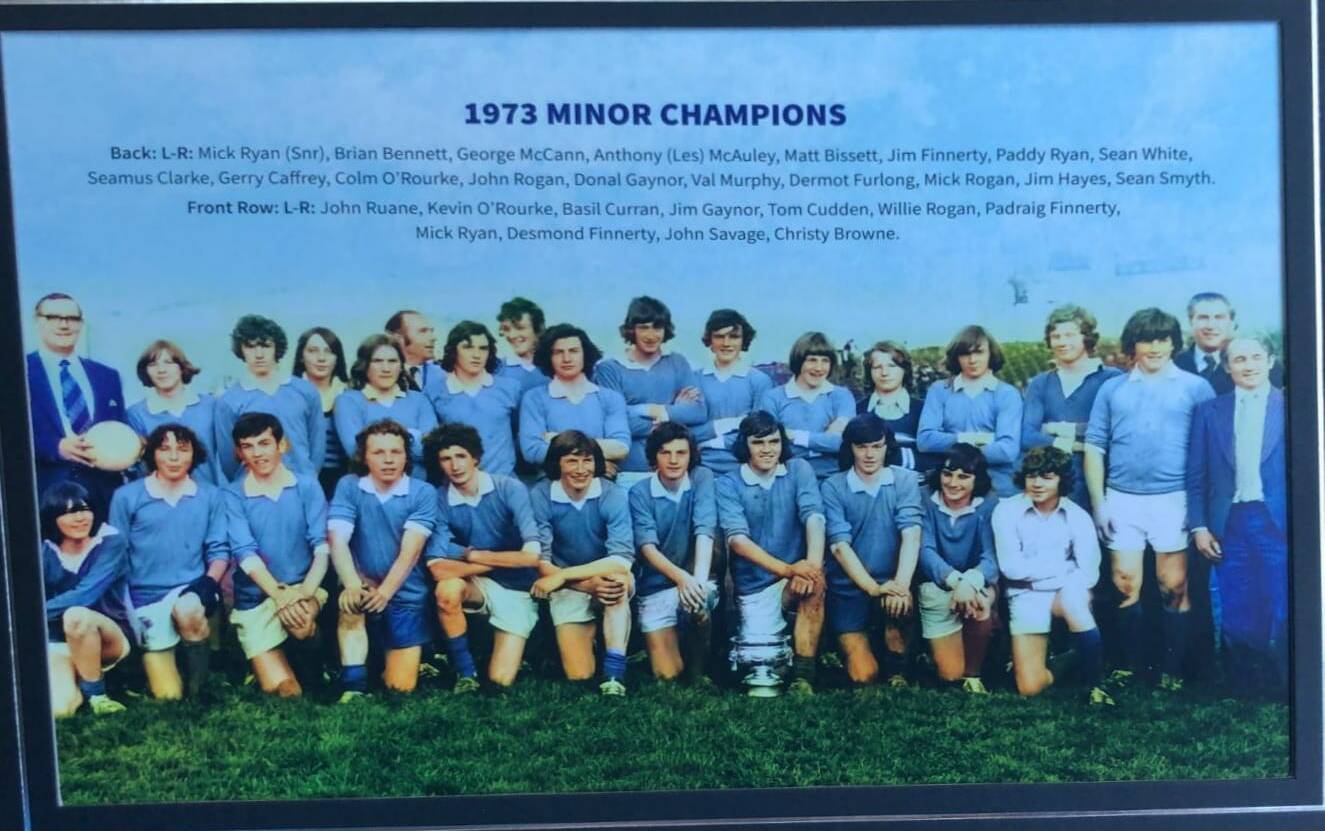