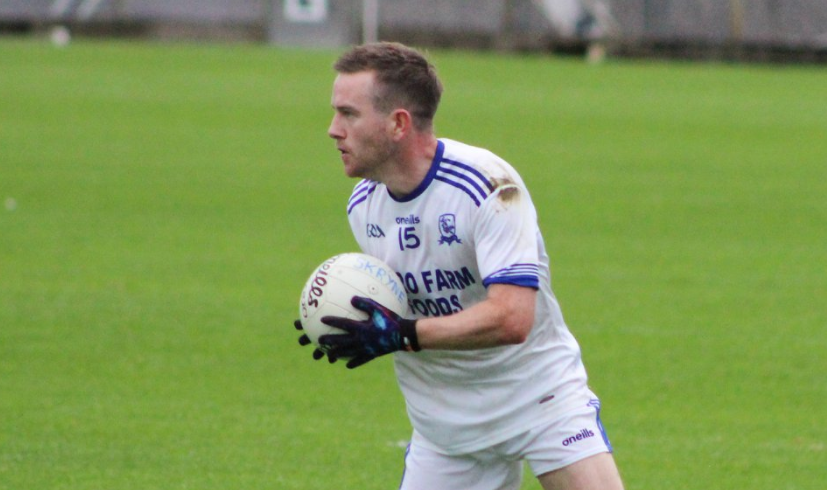 Skryne went into this game with a very slim chance of advancing to the quarter finals. They needed a Summerhill victory over Dunboyne and also a circa 20 point win over Seneschalstown to force their way into the top 2 in the group. As it would transpire Summerhill were beaten by a slick Dunboyne side in Navan while a strong second half performance from Skryne saw them overcome Seneschalstown by an 11 point margin. Consequently Skryne were condemned to a place in the relegation quarter finals, not the quarter finals they had hoped to be playing in at the start of the campaign.

Skryne crawled out of the traps in the first half in Stamullen and found Seneschalstown’s physicality difficult to deal with and their defence hard to break down as they registered only 3 points in the entire first half. Seneschalstown took an early 2 point lead before the Finnerty brothers hit 2 points, the first from a free after Niall, who was a thorn in the side of the Seneschalstown defence all day, won a free to the right hand side of the goal. Brother Padraig stepped up and slotted over. Niall himself got his opening point a minute later after he slalomed past a couple of Seneschalstown defenders before popping over. Soon after Niall almost got in on goal when Oisín Keogh ran at the Seneschalstown defence before laying off to Shane Smyth just outside the penalty area. Smyth spotted Niall Finnerty making a darting run into the penalty area but his pass was just too strong and it ran through to keeper David Lyons who swept up the ball and cleared his lines. Seneschalstown weren’t much better than Skryne on the scoring front as they managed only 5 points in the low scoring first half. They almost hit a goal on the eighteenth minute when Cathal Finnegan won a ball in front of goal and fired a rasper of an effort that looked destined to arrow into the roof of the net. However, Ian Gillet showed extremely quick reflexes as he stuck a strong hand up in the air and deflected the ball up and over the crossbar. Niall Finnerty hit a third point for Skryne in injury time as the dreary first half drew to an end. Half-time: Skryne 0-3, Seneschalstown 0-5.

Seneschalstown opened the second half with a pointed free from Cathal Finnegan but then Skryne finally came to life. The introduction of David Mc Goldrick at half time seemed to steady things for Skryne at the back. Darragh Campion was moved forward and this injected some more threat up front as Skryne upped the ante. Patrick Fox too was released further forward and he registered Skryne’s first score of the half on the sixth minute with a fine point from the right hand side. A minute later, Robbie Clarke foiled a Seneschalstown attack before racing up the field on a solo run. He released the ball to Harry Rooney who drew in some Seneschalstown defenders, before fisting the ball to Darragh Campion who danced around the keeper before hammering the ball into the Seneschalstown net to put Skryne ahead for the first time in the game. Skryne hit a second goal 5 minutes later when Niall Finnerty chipped a high ball into the square from the right hand side. Padraig Finnerty contested the ball with the keeper and the ball bounced free in front of the goals Finnerty reacted quickest and grabbed the loose ball before slotting it into the net. Harry Rooney fielded magnificently in the middle of the park before launching another Skryne attack, with Mark Battersby getting on the end of this one to hit Skryne’s fifth point of the afternoon. Water break: Skryne 2-5, Seneschalstown 0-6.

Skryne continued to push on in the final quarter and Shane Smyth converted a point after some excellent work from Darragh Campion on the right hand side touchline when he fended off a number of challenges as he drove at the Seneschalstown defence before laying the ball off to Smyth who made no mistake. Skryne’s third goal originated from Harry Rooney who fed the ball to Oisín Keogh. Keogh raced forward and  found the Seneschalstown defence descending upon him leaving Mark Battersby free on the right hand side of the penalty area. Keogh spotted Batts and sent the ball towards him. Batts blasted past David Lyons into the far side of the net. Skryne added another two points from Battersby again and then Padraig Finnerty. Brian Sheridan pulled a point back, before hitting a goal for Seneschalstown after Alan Mulvany slipped the ball into him in front of goals. David McGoldrick’s last ditch block almost kept the shot out, but the ball just squirmed past him. Niall Finnerty struck his last point of the game in injury time before Batts hit his second and Skryne’s fourth goal with the last attack of the game when Niall Finnerty popped a ball across the square and Battersby punched in to put the icing on the cake as Skryne ran out comfortable winners after a commanding second half performance.

Skryne will now face neighbours Curraha in the relegation quarter finals. These games are due to take place in October so there’s a bit of a break while the Premier Championships complete. 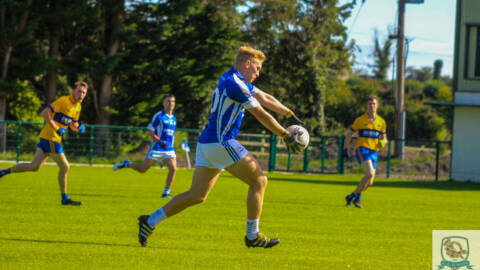 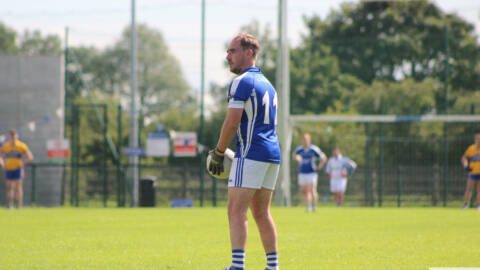