By proskrynemeath Fri 20th May 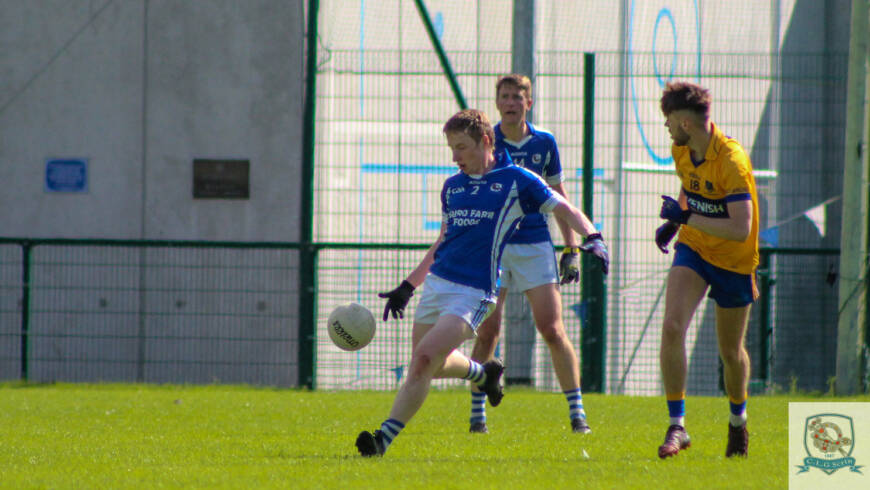 A League Division 3a – Round 7

Skryne’s second team kept their hopes of qualification alive with this win over St. Ultans first team in the A League Division 3A.

The first half of this game, played in ideal – although windy – conditions was nip and tuck right up to half time. St. Ultans began the match stronger than Skryne and scored the first two points early on. In fact it took Skryne fourteen minutes to register their first score, a point from the boot of Niall Morland. Ultans first four points came from placed balls which suggested that Skryne’s indiscretions were being severely punished and the Bohermeen men went into a 6 – 3 lead coming up to half time. Neil Burke’s accuracy had kept the Blues in touch and he scored his third point of the half right on the 30th minute to leave the score at the break – St. Ultans 0-6 Skryne 0-4.

The second half was almost one way traffic towards the road end goals of McManus Park and three early points, two from Ian Davis and one from Neil Burke had Skryne in a lead which they never lost. By the 23rd minute of this second half Skryne led by 10 points to 8 and could, and should, have been further in front had they taken all their chances. However top scorer Burke sent over two more points near the end and Frank Carty smashed his shot off the crossbar which would have put the icing on the cake for the Tara men.

Skryne outscored the Ultans by 8 points to 2 in the second half and even though they had a four point lead they became a little uneasy towards the finish as the Referee played nine and a half minutes injury time before sounding the full time whistle.

Skryne’s defence was the cornerstone of this victory. The full back line of Timmy Lennon, Andrew Moore and Kris Kinsella, even though he was black carded for the last ten minutes of the first half, kept the dangerous Ultans full forward line quiet for most of the game and they were backed up by the excellent Cian Donohoe in goals. His booming kick-outs were of major help to his team. Further out the field Tommy Carpenter impressed at centre back while Stephen O’Brien, Mark Swan and Niall Morland worked hard at keeping the Blues on top right to the end. As already stated Burkeys six points (four from open play) were vital in this victory.